Apple just had their Worldwide Developers Conference in San Jose, California and announced a lot of exciting updates to their computers, watches, and tablets but what’s extremely interesting are their new updates and products. Apple revealed some new features that are perfectly aligned with many 2017 social media trends which tells us that these trends are not only here to stay; they’ll be growing bigger and become more important in the future. Let’s take a look at the big three trends that Apple is embracing:

Messaging apps are taking over the social sphere and the world. Think about your own daily habits, how often are you texting or messaging people? I do it all day long. I’ve even had interviews that came out of social messaging and I plan events through social messaging as well; it’s become an extension of our relationships and helps us develop and maintain them as well. Apple has steadily been making their messaging app look and feel more like Facebook messenger and just announced at their developer’s conference that iOS 11 will include the ability to sync messages across multiple devices and pay people directly through the messenger app (RIP Venmo.) Why are so many tech giants focusing on social messaging? That’s where all of the people are. WhatsApp has 1.2 billion monthly active users and Facebook Messenger has a billion, globally messenger is dominating the social media scene.

As you can see from the above graph, the most popular social networking apps are mostly messaging apps. They allow private messaging as opposed to the public nature of social networks and it also allows businesses to connect with customers directly and personally. People hardly uninstall messenger apps after a single use compared to uninstalling a quarter of all social networking apps after a single use. There are even predictions that in a few years 3.6 billion people will be using messenger apps, almost half of humanity. If you’re looking to bring your mountain to the people, follow Apple’s lead because social messaging is the place to find them.

Usually seen as a stepping stone into Virtual Reality, AR is proving that it’s a worthwhile investment and can certainly hold it’s own. Pokemon Go was an AR phenomenon, showing everyone that AR is a successful (and fun) option. Apple announced their ARKit for iOS which will allow developers to bring AR to their apps or improve the AR they already had which Pokemon Go is taking advantage of. This ARKit will place virtual 3D objects in the Phone’s view allowing for a multitude of creative options for the 17 million app store developers. 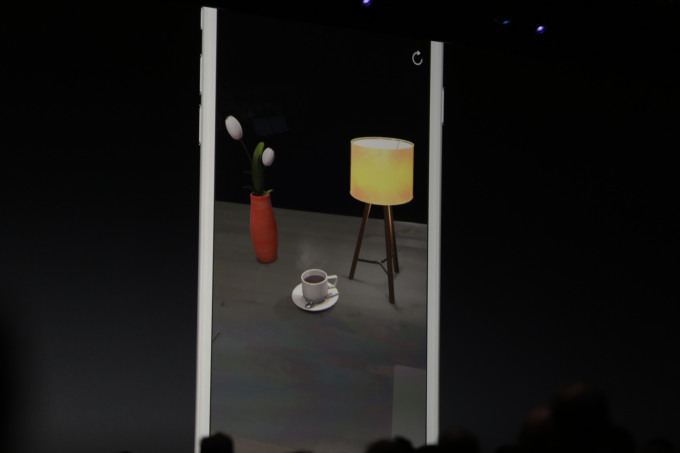 Snap Inc is using AR in their smart filters, Facebook discussed it’s foray into it with an AR Camera platform at F8, and Google has it’s new AR app Google Lens along with Tango, a mobile camera system with depth sensors that can plot surroundings in 3-D. The top companies in tech are betting on AR and I’m excited to see what they do with it.

I mentioned it briefly above but Apple’s new iOS 11 messaging payment system is going to be a massive hit. Venmo, the mobile payment service that let’s users transfer money to one another, handled $7.5 billion in transactions in 2015 and Apple is coming for a piece of that pie. Allowing users to transfer money via Apple Pay in the messenger app is a truly great idea. Using debit or credit cards all you need to do inside of messenger is open Apple Pay and then send the money; a very easy and convenient transaction that doesn’t require a separate app like Venmo. What is truly genius about this is that if you mention money in the messenger app Siri will ask if you want to send or receive that amount that is being discussed without you initiating it. 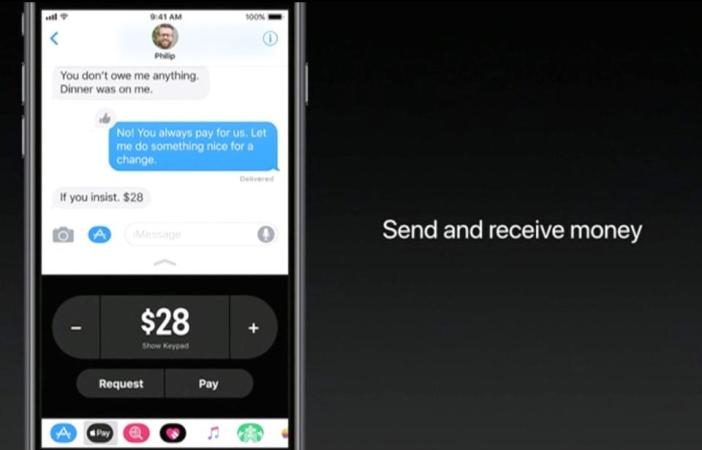 Mostly all of the leading social networking allow their users to purchase products through the apps, Pinterest, Snapchat, Facebook, Twitter, and Instagram all have some sort of purchase or money transferring options built in now. Many users are comfortable using social media to make purchases and will visit social media on purpose when looking to buy things online. Apple is making a great move by integrating this e-commerce directly into it’s messaging app, combining two trends into one. If your brand isn’t already selling their products and services via social media take advantage of this trend immediately as it will only keep growing.

Apple did not start these trends but by embracing them they give them even more legitimacy than they already had as well as a look into the future of social media and where it will be going. I’m excited for what’s ahead! Fingers crossed for a Harry Potter AR game sometime soon.

These are the six big things Apple announced today

Social commerce: How willing are consumers to buy through social media?